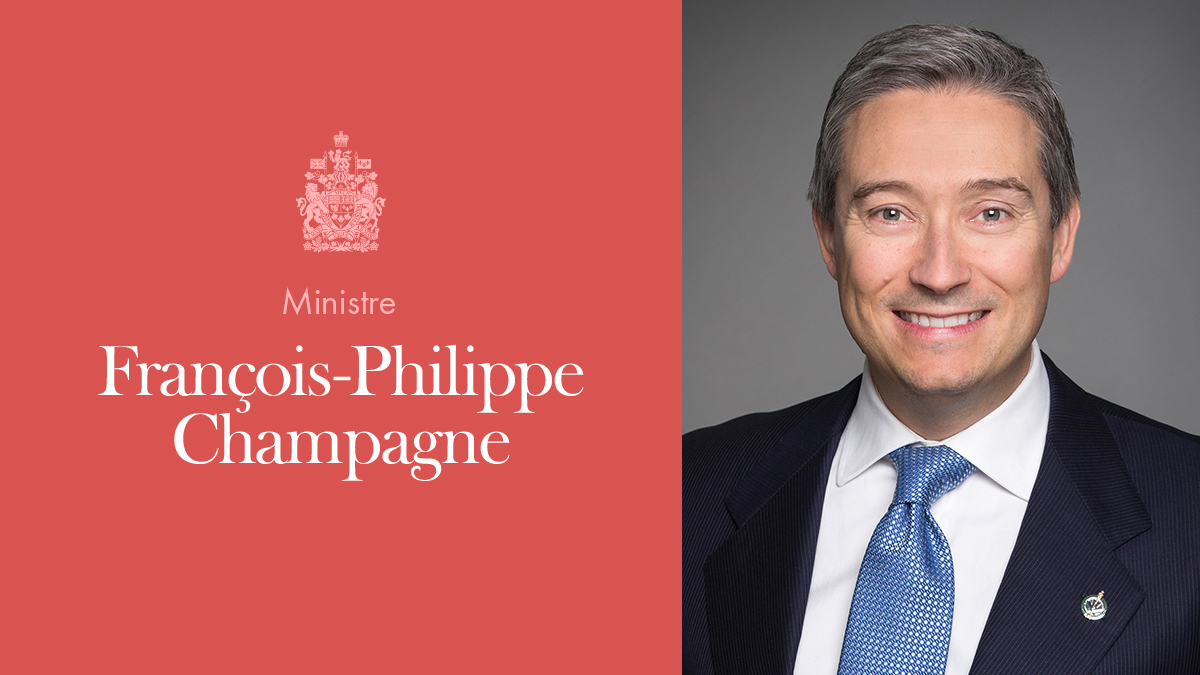 Foreign Affairs Minister François-Philippe Champagne has two registered residential mortgages with the state-owned Bank of China in London, which the opposition says opens him to ”personal financial vulnerability” at a time when relations with Beijing are at a standstill.

Mr. Champagne, who was first elected to the House of Commons in 2015, bought two apartments in London – one in in 2009 and one in 2013 – while he was an executive with Amec Foster Wheeler PLC, the British multinational construction and engineering giant.

The mortgages were initially valued at $1.7-million, and the current balance is $1.2-million.

Mr. Champagne said he had a temporary work permit for the United Kingdom and was unable to get a loan from a British bank.

“At the time I purchased these apartments, the Bank of China (UK) Ltd. was one of a very limited number of banks providing residential mortgages for terms of more than 20 years to people residing in the UK on temporary worker visas,” he said in a statement to The Globe and Mail. “Neither mortgages nor any other liabilities have ever had any bearing on my functions as a public office holder.”

Mr. Champagne said he fully disclosed the two mortgages and other liabilities and assets to the Office of the Ethics Commissioner. They are listed in a disclosure statement on the office’s website.

Mr. Champagne secured two 30-year mortgages with the Bank of China of $683,000 (£400,000) for one apartment and $1.1-million (£650,000) for the second property, which he rents out, according to a source who was not authorized to speak publicly about the financial transactions.

Relations between Canada and China have been in a historic chill since late 2018, when China jailed Canadians Michael Kovrig and Michael Spavor in apparent retaliation for the arrest of a Huawei Technologies Co. Ltd. executive on a U.S. extradition warrant. China also slapped restrictions on Canadian agricultural imports in the months that followed. Sales of canola seed to China – once a major export – remain constrained.

Mr. Champagne is a protégé of former prime minister Jean Chrétien. His Quebec riding of Saint-Maurice-Champlain includes the city of Shawinigan, where Mr. Chrétien hails from.

Conflict of Interest and Ethics Commissioner Mario Dion’s office said “strict confidentiality requirements” prevent the commissioner from saying if he had any concerns about a minister with mortgages at a Chinese state-owned bank.

Conservative MP Garnett Genuis, a member of the House of Commons Special Committee on Canada-China Relations, said the mortgages expose the Foreign Affairs Minister to a potential conflict of interest.

“I think it is very dangerous for a minister of the Crown to have personal financial dealings like that with state-owned enterprises from authoritarian countries,” Mr. Genuis said. “Whatever the cause of the origin of those deals, it creates a certain degree of personal financial vulnerability to decisions which are ultimately directed by the government of China."

Since the Bank of China holds only a “fairly minuscule percentage” of London’s mortgage market, Mr. Genuis said the minister should look at other options.

Richard Fadden, a former director of the Canadian Security Intelligence Service who was national security adviser to Justin Trudeau and Stephen Harper, said the fact that the Bank of China mortgages are disclosed publicly means Mr. Champagne’s liabilities are known to the government and the Prime Minister. That means, he said, that Mr. Champagne has no hidden obligations.

“As long as it’s public, it’s not an issue of major concern because he acquired everything before he entered politics,” Mr. Fadden said.

He added, however, that it would be best if Mr. Champagne ended his business with the Bank of China.

“From the perspective of perception, I would argue that it would be in his interest, and in Canada’s, to discharge the mortgages.”

“I would say if it was me, I would be uncomfortable with the notion."

However, Mr. Harris said he could not say if he thought Mr. Champagne could be influenced without seeing the details of the mortgage, including the interest rate.

“If you have a mortgage with a bank, you have the right to redeem that mortgage in accordance with its terms. Without knowing more, I can’t say whether he is vulnerable or not financially,” he said.

The Bank of China, which is one of China’s largest financial institutions, is a small player in the U.K. residential mortgage market.

Data from UK Finance, a trade association for the U.K. banking and financial services sector, showed that for 2018, the Bank of China was the 53rd largest mortgage lender in the United Kingdom, with a 0.1 per cent share of the country’s mortgage market when measured by value of mortgages outstanding. In total, it had about £800-million, or $1.4-billion at current exchange rates, in mortgages outstanding.

Know what is happening in the halls of power with the day’s top political headlines and commentary as selected by Globe editors (subscribers only). Sign up today.